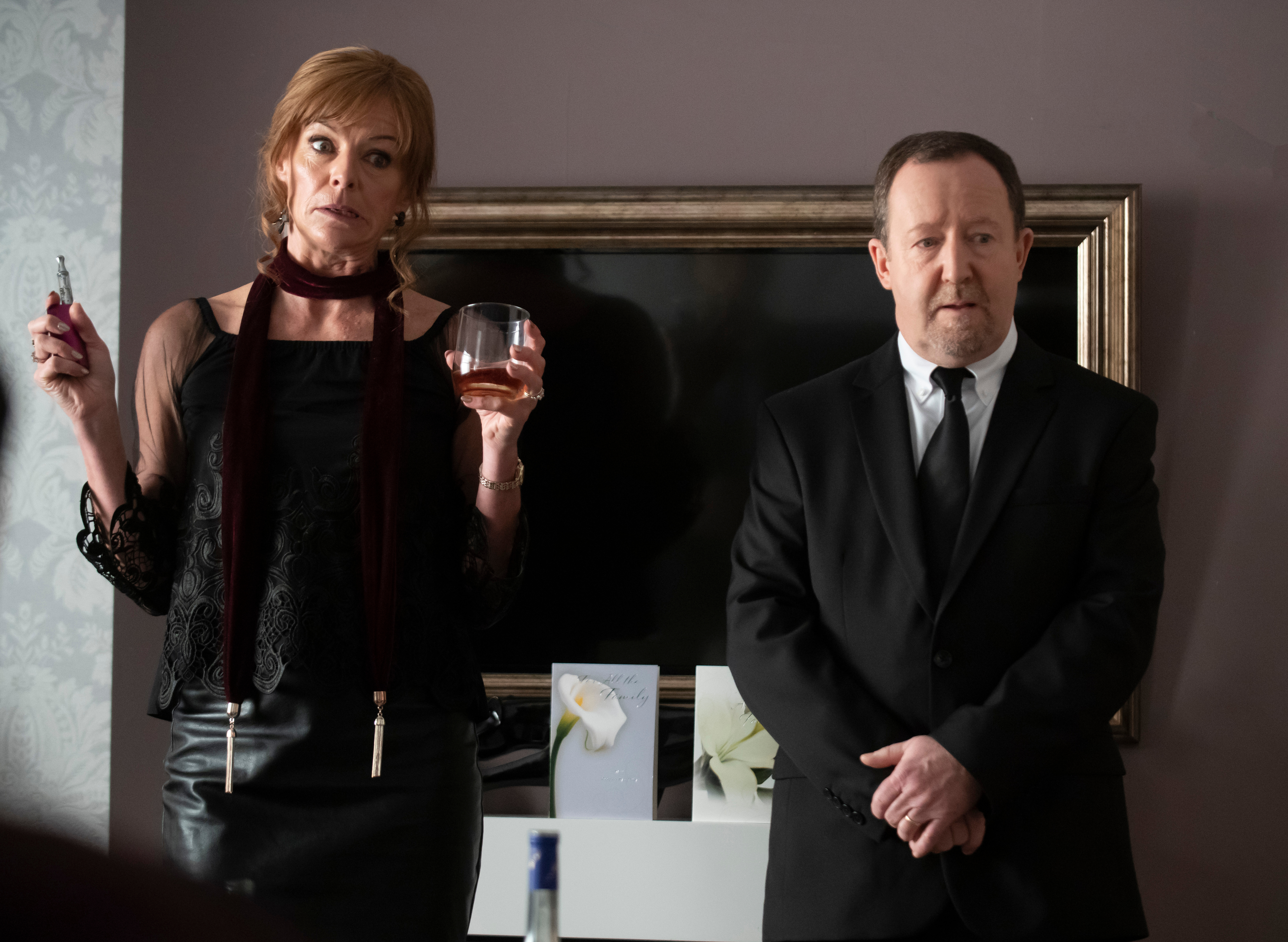 After an emotional funeral for his dad, Colin and Cathy have the neighbours round but understandably Colin is not his usual upbeat self. Christine was not impressed with the service or the priest and, as usual, is not backward about coming forward. As Beth, Eric and Ian try to make their excuses to leave early, Cathy manages to foil their escape by inviting more of the neighbours in. As the drink flows with Cathy's encouragement, Colin reminisces about the late departed Willie and encourages his neighbours to do the same.